Estimates for the most recent months are provisional and are likely to be updated as more data is included.

The latest provisional statistics from the UK House Price Index (HPI) show that the average price of a property in Scotland in September 2019 was £155,029 – an increase of 2.4 per cent on September in the previous year.

Comparing with the previous month, house prices in Scotland rose by 0.3 per cent between August 2019 and September 2019.

The volume of residential sales in Scotland in July 2019 was 8,851, an increase of 0.9 per cent on the original provisional estimate July 2018. This compares with an increase of 3.3 per cent in England, 6.4 per cent in Wales and 4.9 per cent in Northern Ireland (Quarter 3 – 2019 compared with quarter in previous year).

Scotland’s house prices continued to grow faster than the UK annual rate in the year to September 2019. While house prices in England rose by 1.0%, and in London fell by 0.4 % over the period, Scotland saw a rise of 2.4%. The UK average was 1.3%.

The highest-priced area to purchase a property in Scotland was City of Edinburgh, where the average price was £273,028.

Average price increases were recorded in the majority (25) of local authorities, when comparing prices with the previous year. The largest increase was in Falkirk, where the average price increased by 7.5 per cent to £129,803. The largest decrease was recorded in City of Aberdeen, where the average price fell by 7.6 per cent to £148,021. Local authority estimates are based on a three-month moving average to reduce volatility. 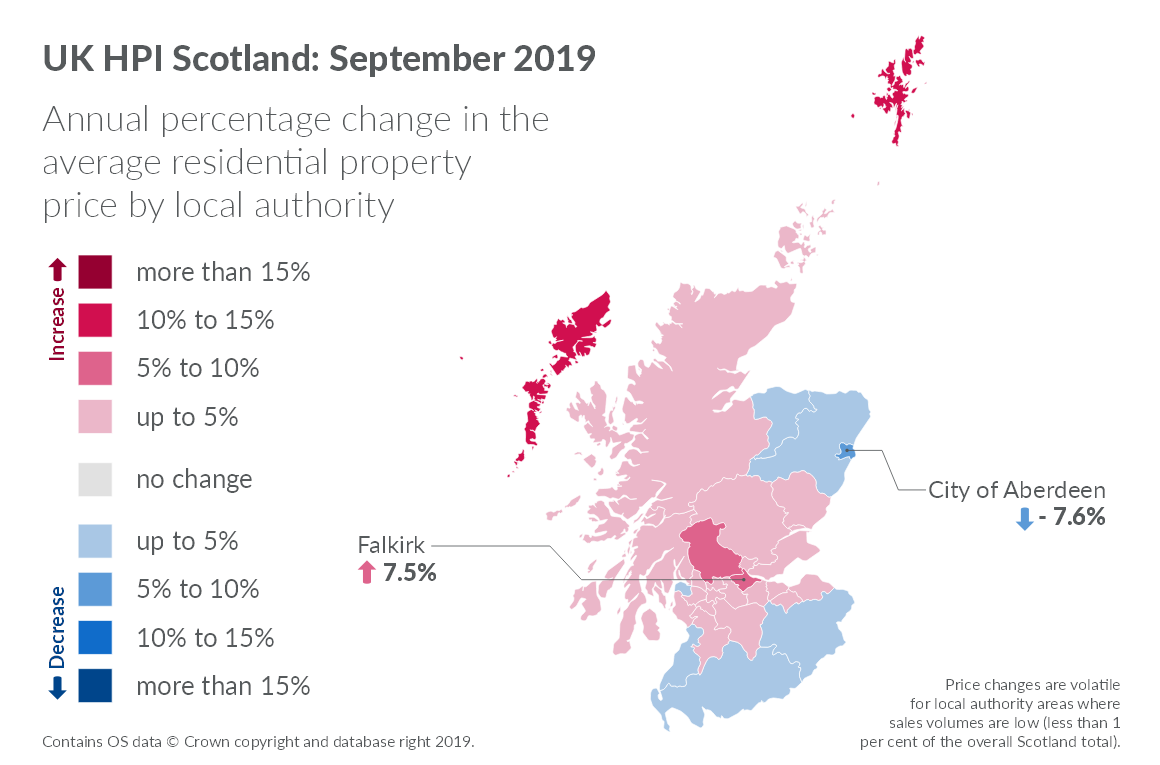 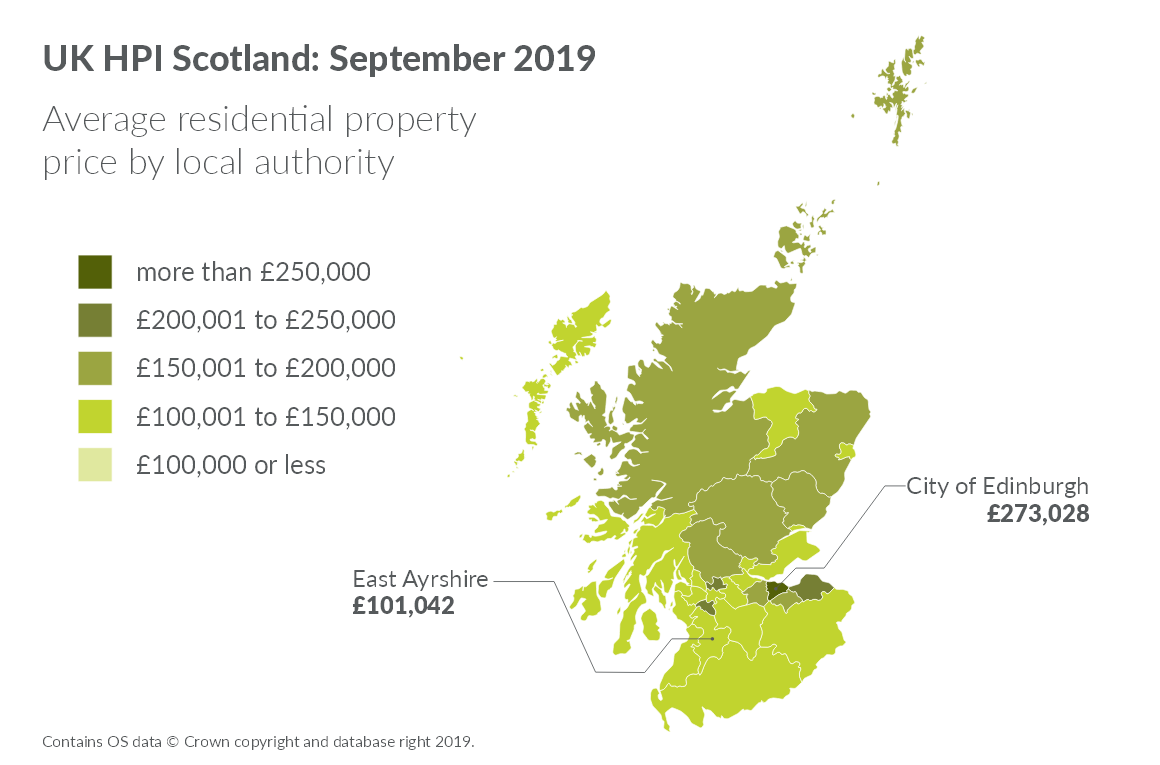