The chart shows that: 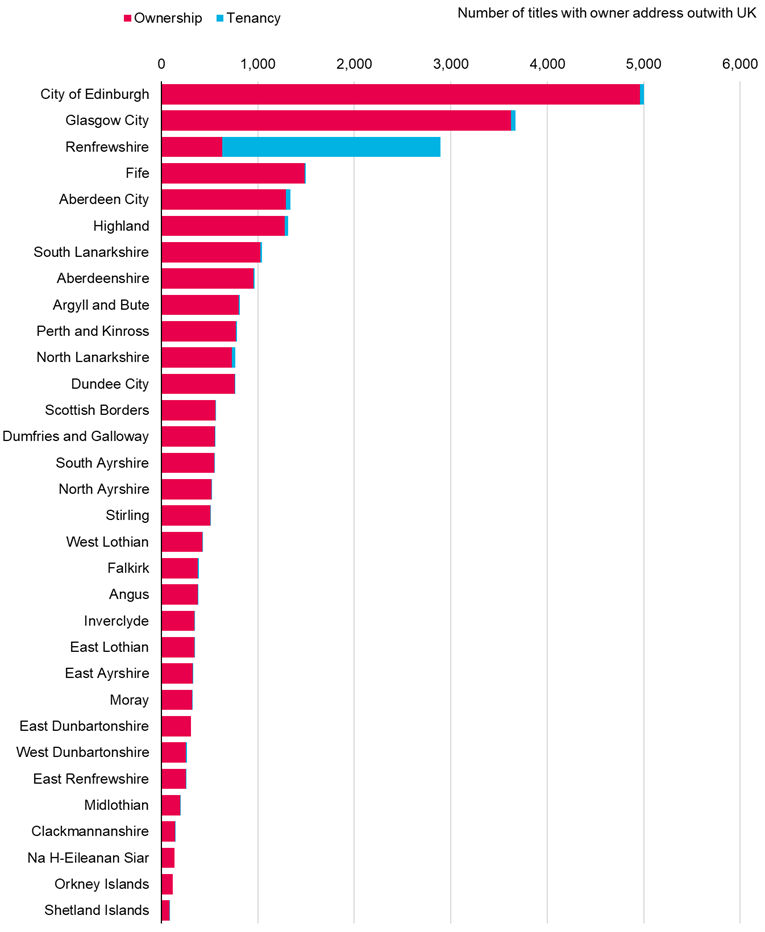 Ownership is the majority interest across most of Scotland. In Renfrewshire, however, which accounts for around one in ten of the outwith UK titles (10.5% or 2,895 titles), 87% (or 2,263 titles) related to a tenancy interest.

A contributory factor to this is the number of titles of parking spaces and storage facilities near to Glasgow Airport. This is an unusual form that does not appear to be repeated in any other local authority.

If Renfrewshire was excluded, the average proportion of tenancy interest across the other 31 local authority areas was 1.4% compared with 9.4% across the whole of Scotland.

The table shows the top 10 postcodes sectors across Scotland by number of outwith UK titles.

The table shows the top 10 postcode sectors across Scotland by number of outwith UK titles excluding tenancy, such as long-term leases on car parking spaces.