We are limited in what outputs we can produce with English, Welsh and Northern Irish data due to the quality of the underlying owner address data

You can read more about the background of data used on UK titles outwith Scotland.

The map shows the number of Scottish titles with a UK owner address outwith Scotland by the regions of England, Wales and Northern Ireland.

For the whole of Scotland:

883 titles are not included in this analysis as no region could be identified from the address information provided. 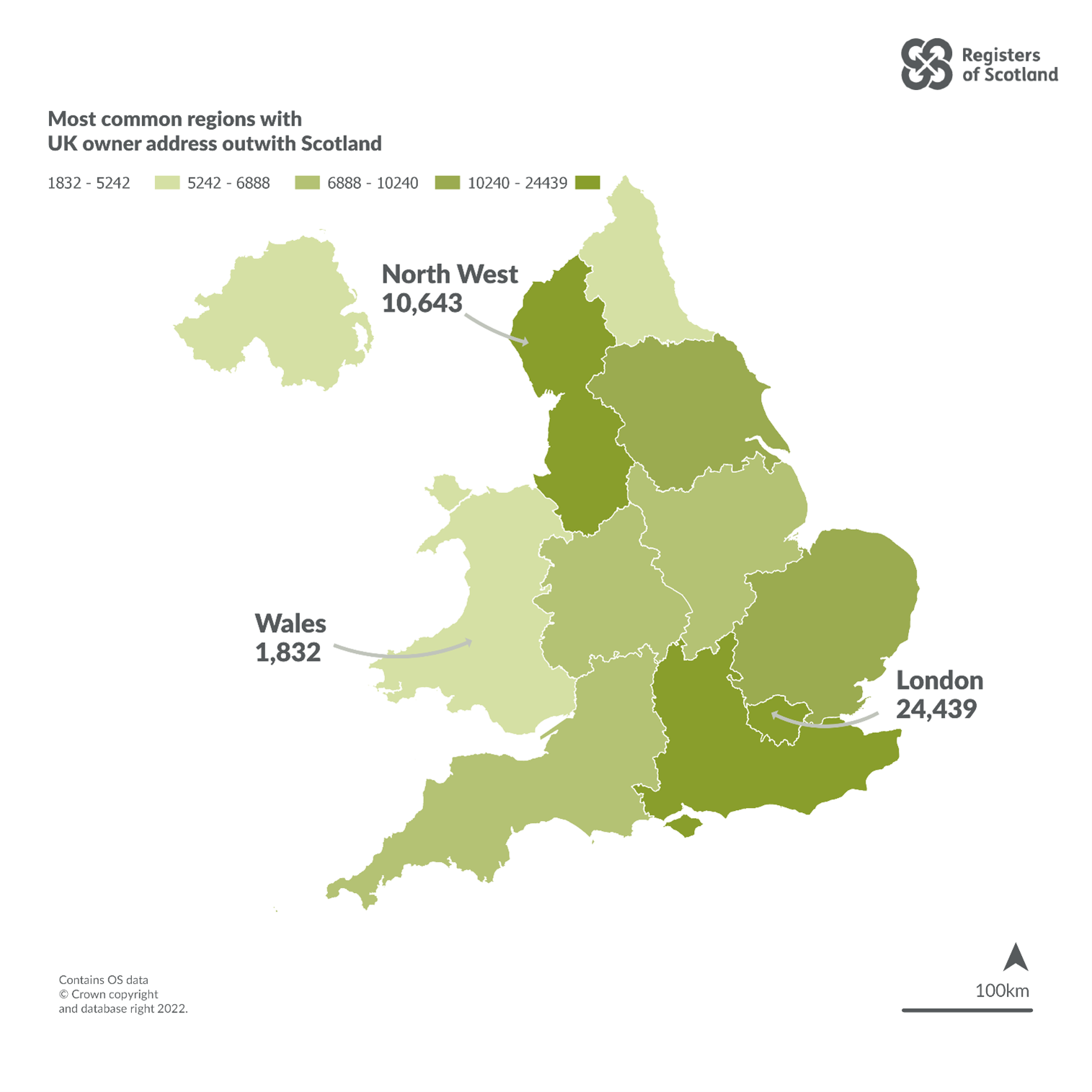