This chart shows the number of titles with a UK owner address outwith Scotland (England, Wales and Northern Ireland) that fall within each local authority area in Scotland.

Around one in five UK outwith Scotland titles were in the City of Edinburgh or Glasgow City.

The map of Scotland shows that London was the dominant region in 27 out of 32 Scottish local authorities.

However, in the local authorities which border onto England, the corresponding bordered region of England was most dominant.

Scottish local authorities by most common region in England, Wales and Northern Ireland 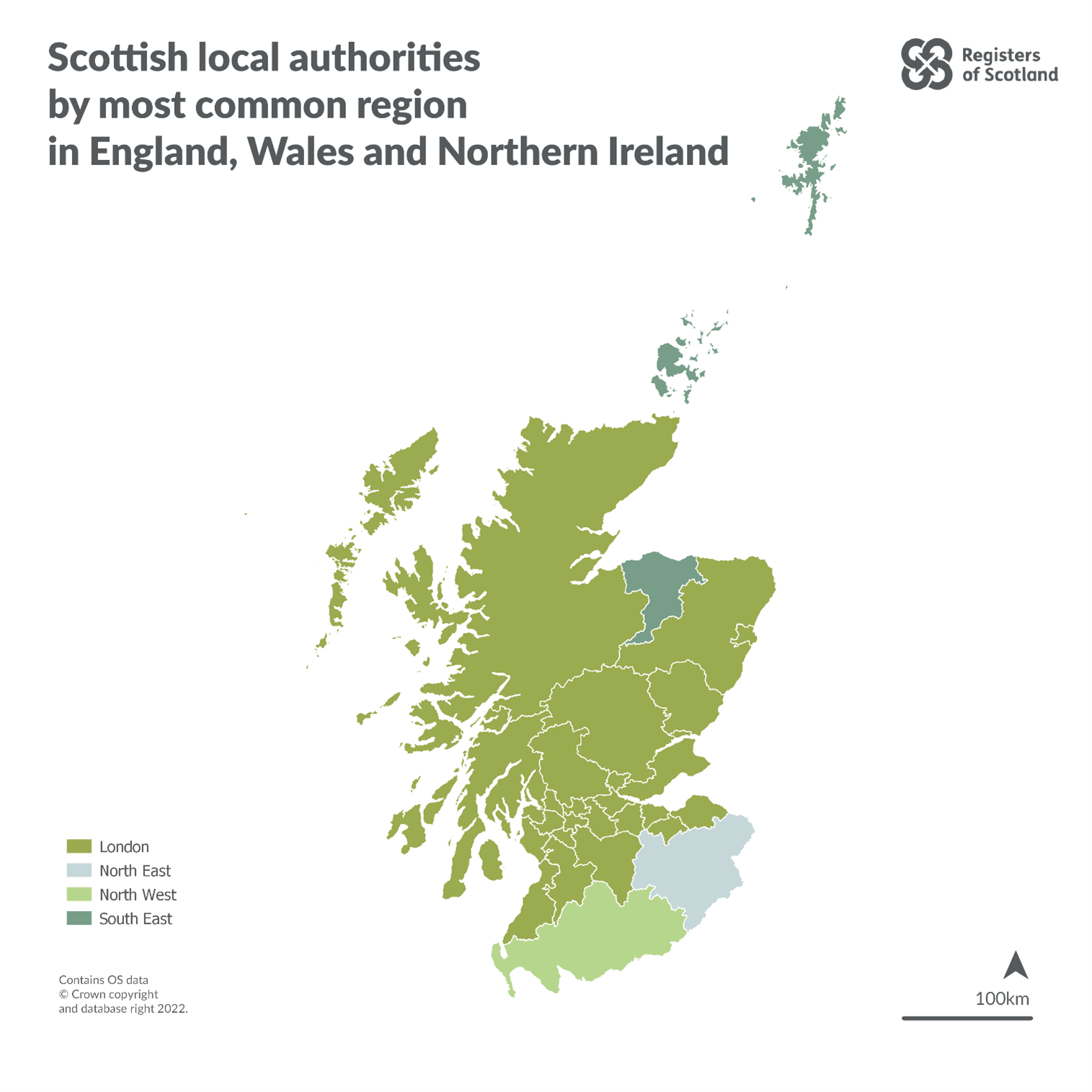