Friday is the most popular day of the week for people to get the keys to their new home (see table 1), but numbers plummet on what some regard as the unluckiest day of the year.

Registers of Scotland (RoS) figures show that house moves drop by over half on Friday 13th.

Looking at data from April 2004 to March 2020 and based on date of entry from the application for registration, RoS found that, on average, there were 1,168 house moves on Friday’s that do not land on the 13th.

Comparing house moves on Friday 13th December 2019 and Friday 13th March 2020 with the Friday before, Friday after and Friday the year before: Scotland. 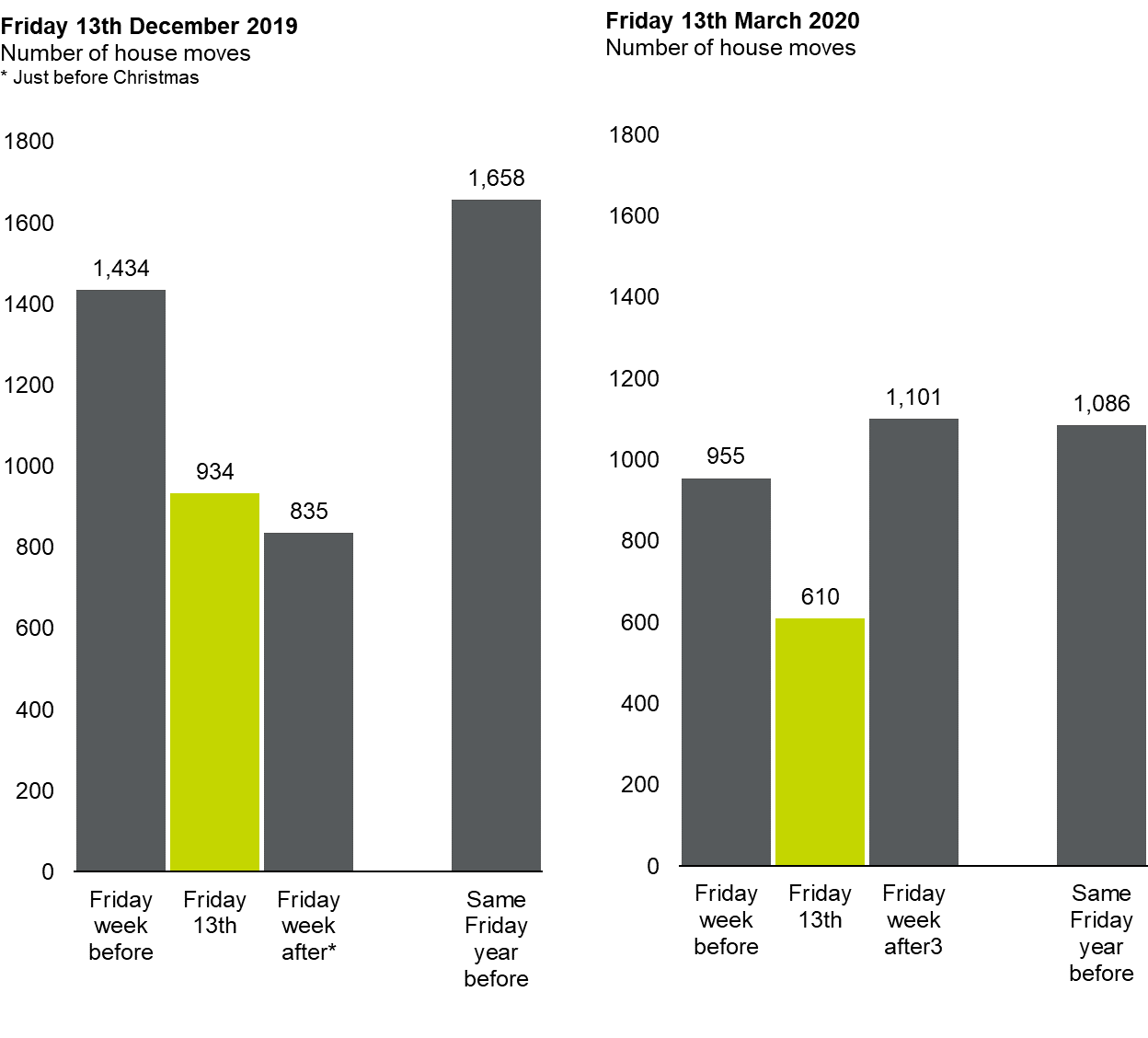 “We can’t definitively say that people are superstitious about moving house on Friday 13th.

"However, our data does indicate that, while people overwhelmingly prefer to move house on a Friday compared with any other day in the week, there is a significant drop in the number of people doing so where this lands on the 13th day in the month.

“It looks as though Friday 13th is a much less popular Friday to move than the others in the year. We look forward to seeing whether this trend continues this year.

"To those that are moving house today we hope that it is as stress-free as possible.

"For the superstitious among you please take extra care when moving mirrors between properties and maybe avoid opening any umbrellas inside your new home.”

Registers of Scotland is the public body responsible for keeping public registers of land, property, and other legal documents in Scotland.

Its data is used to publish the monthly UK House Price Index – a National Statistics, widely-regarded as the definitive report on house price inflation.