The rise of towns and cities, home ownership, new technology, and new legislation have all led to changes in how property ownership is recorded.

Before official records began, the ancient ceremony of ‘sasine’ marked the official transfer of land ownership.

The ceremony involved handing over a clod of earth and stones to represent the transfer of land from one owner to another. 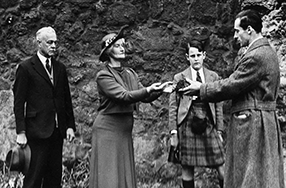 One of the earliest records is from 1248 when Sir Malcolm (son of the Earl of Lennox) ‘conferred full Sasine’ of some lands at Strathblane to Sir David Graham.

As well as a clod of earth, other symbols were used for the transfer of other rights. For example, fishing rights were represented by a coble (a small fishing boat) and an oar or net.

In the 1200s, only the monarch could grant the authority to hold land, usually in the form of a charter giving rights to land, crops, livestock, fishing and minerals.

A record of these charters was kept in a parchment roll register at Edinburgh Castle. 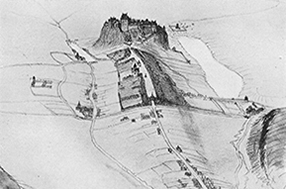 William of Dumfries appears to be the first government official responsible for records of land ownership. Documents from 1286 give him the title Clericus Rotulorum (Clerk of the Rolls) of the royal 'chapel' or chancery. This office later developed into that of Lord Clerk Register.

1491: The first record of private ownership

Sasine ceremonies were still being used around 1491 when the first written records of ownership not granted by the crown were created by Thomas Cowe, priest of the Diocese of Aberdeen.

1617: The General Register of Sasines is established

The 1617 Registration Act of the old Parliament of Scotland allowed individuals to have their ownership deeds recorded in official registers for the first time. The General Register of Sasines was description-based, as maps were not yet accurate enough or widely used.

The General Register of Sasines was the first national land register in the world.

The first entry in the General Register of Sasines is an annual rent right to Robert Pitcairn, a tailor in the Canongate, secured on a property at Pitfirrane, Fife.

1662: Move to Parliament Hall on the Royal Mile

In 1662, records were moved from Edinburgh Castle to Laigh Hall in the basement of the Parliament Hall on the Royal Mile.
Some records were damaged by damp and vermin, or lost when Laigh Hall became full and other premises were used for storage. 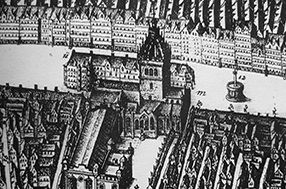 Register House (now known as General Register House) was commissioned in 1765. It was the first purpose-built record repository in the world, but funding problems meant it took over 20 years to complete.

The Deputy Clark Register, Thomas Thomson, led the restoration and indexing of 6,500 volumes over a nine-year period.

In 1779, Registers House was used as Edinburgh's first airport. The unfinished rotunda saw the assembly and launch of many hot air balloons.

The industrial revolution saw huge shifts in the population from the countryside to industrial towns like Dundee.

To keep up with the change, the Land Registers (Scotland) Act 1868 modernised the system of land registration. All information on lands and heritages in Scotland were to be recorded in presentment books, sorted by county and held in Edinburgh. 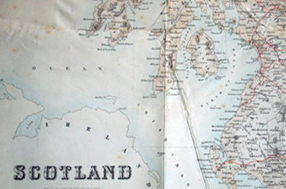 In 1871, search sheets (a chronological history of all transactions for a property) were introduced to make the registers easier to search and maintain.

It took several years to agree how search sheets would be implemented. The final version was produced in 1905 and is still in use today.

These improvements helped to prepare Registers of Scotland for an increase in land and property ownership in the 20th century.

Search sheets were handwritten until the introduction of the typewriting machine in 1921. 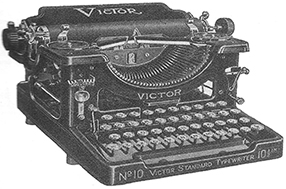 An early form of photocopying was introduced in 1934. Reproducing documents had been a goal since the 1860s but the cost had been too high.

1948: Registers of Scotland is formed

After World War II, many upland areas were developed for forestry. Today, the Forestry Commission is Scotland’s largest land owner.

The first accurate maps made it possible to identify land ownership more precisely.

1976: The move to Meadowbank House

Home ownership increased dramatically in the second half of the 20th century as the economy grew and government policies like the right to buy council housing were introduced.

The increase in demand prompted Registers of Scotland to find a new home as it outgrew Register House. It moved to its present home at Meadowbank House in Edinburgh in 1976. 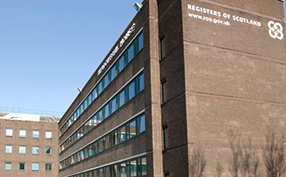 1979: Map-based registers of title are introduced

The new register simplified the land registration process and started the long process of replacing the General Register of Sasines.

The Land Register established the boundary of any piece of land through survey and issued the proprietor with a certificate of title guaranteed by the state.

The General Register of Sasines was digitised in the mid-90s, allowing electronic searches and saving vast amounts of space.

Registers Direct continued the trend of digitisation by giving online access to the land registers. 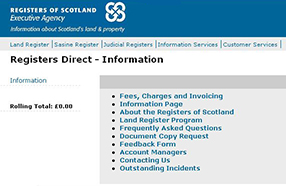 The last legal ceremony of sasine was performed as Glenmorangie handed over the land of St Mary’s Chapel in Easter Ross to the Cadboll Trust.

2003: The final county is moved from the General Register of Sasines to the Land Register

The digital revolution continues as Registers Direct is updated and a new eRegistration product, ARTL (Automated Registration of Title to Land) is launched, allowing customers to register their title deeds online. 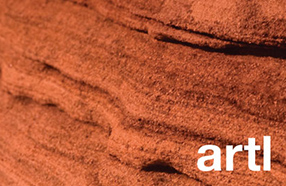 The Land Registration etc. (Scotland) Act 2012 allows the introduction of electronic documents, signatures and registration. It brings in the tools needed to phase out and replace the General Register of Sasines with the Land Register. 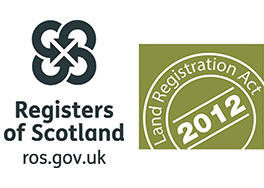 The modern Registers of Scotland is a non-ministerial department of the Scottish Administration with staff in Edinburgh and Glasgow.

Registers of Scotland marks the 400th anniversary of the General Register of Sasines. 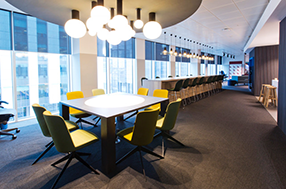 ScotLIS replaces Registers Direct. The new system allows anyone to search the land register online and make requests for information and documents on properties and land.

Registers of Scotland responds to the COVID-19 pandemic by introducing digital submissions.